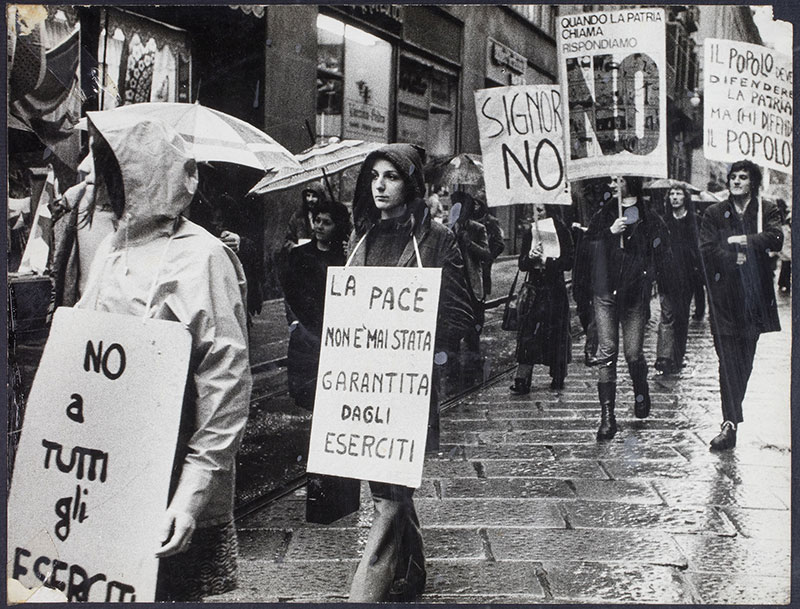 Peace, development, and participation are the pillars of the Sereno Regis Study Center. In 1982 a group of Piedmontese activists, among whom were Nanni Salio and Giuseppe Marasso, put together a tiny archive near the Porta Nuova train station in Turin, with the aim of spreading the philosophy of nonviolence – including conscientious objection.
One of the founding members, Domenico Sereno Regis, was a leading personality in the social and political life of Turin at that time: he had been a partisan in the antifascist Resistance, he was President of the Young Christian Workers association and a very committed conscientious objector to military service, as well as supporting neighbourhood committees. That is why, after his untimely death in 1984, the Center was named after him.
At the end of the Nineties, the Sereno Regis Study Center moved to Via Garibaldi, where it continues to nurture the memory of the past, thanks to its rich library and historical archive. It also works, in collaboration with other local associations, to disseminate the principles of nonviolence, encouraging communities to take an active part in environmental education, offering training courses for civil service and for peace building, and, following Gandhi, attempting to bring equality into every sphere of social life.